Five reasons that show the deadly nature of drug addiction 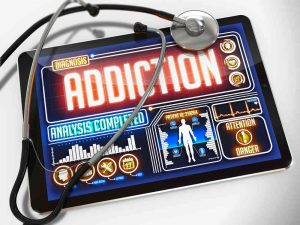 Individuals who struggle with drug addiction did not set out to destroy themselves, everyone and everything in their path; rather, these disastrous consequences are the effect of the vicious cycle of drug addiction.

For many, drugs seem to be a means of averting emotional and/or physical pain by providing the user with a temporary and illusionary escape from or way

to cope with life’s realities.

Example, an individual tries drugs or alcohol. The drugs APPEAR to solve his problem. He feels better. Because he now SEEMS better able to deal with life, the drugs become valuable to him. The person looks on drugs or alcohol as a cure for unwanted feelings. The painkilling effects of drugs or alcohol become a solution to their discomfort. Inadvertently the drug or alcohol now becomes valuable because it helped them feel better. This release is the main reason a person uses drugs or drinks a second or third time. It is just a matter of time before he becomes fully addicted and loses the ability to control his drug use.

Drug addiction, then, results from excessive or continued use of physiologically habit-forming drugs in an attempt to resolve the underlying symptoms of discomfort or unhappiness.

Essentially, drugs are a pain killer. They may seem to avert emotional and physical pain by providing the user with a temporary and illusionary escape from or way to cope with life’s realities. In fact, more problems–serious ones–are created by using and abusing drugs.

Over time, a person’s ability to choose not to take drugs can become compromised–soon enough the person rationalizes the need to use consistently and will do anything to get high. They are now caught in the vicious cycle of using to alleviate pain and creating more pain by using…They now display the physiological symptoms of drug addiction. They become difficult to communicate with, are withdrawn, and begin to exhibit other strange behaviors associated with drug addiction.

In addition to the mental stress created by their unethical behavior, the addict’s body has also adapted to the presence of the drugs. They will experience an overwhelming obsession with getting and using drugs, and will do anything to avoid the pain of withdrawing from them. This is when the newly-created addict begins to experience drug cravings.

They now seek drugs both for the reward of the “pleasure” they give him, and also to avoid the mental and physical horrors of withdrawal. Ironically, the addict’s ability to get “high” from the alcohol or drug gradually decreases as his body adapts to the presence of foreign chemicals. They must take more and more drugs or alcohol, not just to get an effect but often just to function at all.

At this point, the addict is stuck in the vicious dwindling spiral of drug addiction. The drugs the addict abuses has changed them both physically and mentally. They have crossed an invisible and intangible line. They now have a drug addiction or are an alcoholic.

The compulsion to use drugs can take over the individual’s life. Drug addiction often involves not only compulsive drug taking but also a wide range of dysfunctional behaviors that can interfere with normal functioning in the family, the workplace, and the broader community. Drug addiction also can place people at increased risk for a wide variety of other illnesses. These illnesses can be brought on by behaviors, such as poor living and health habits, that often accompany life as a drug addict, or because of toxic effects of the drugs themselves.

Results of the 2001 National Household Survey on Drug Abuse and Addiction revealed that, while millions of Americans habitually smoke pot, drink alcohol, snort cocaine and swallow prescription drugs, too many drug users who meet the criteria for needing treatment do not recognize that they have a drug addiction problem. The figure of those “in denial” of their drug addiction is estimated at more than 4.6 million–a significantly higher number of individuals in need of professional help than had been previously thought.